Summer finally is over here since I woke up this morning and I needed a sweatshirt inside! It felt SO good!

One of our summer projects was to FINALLY finish some landscaping in the front yard.

Here is the front of the house when we bought it two years ago.  Note the “kidney bean” shape in the middle of the yard that really breaks up how big it is.  That has bugged me a long time. 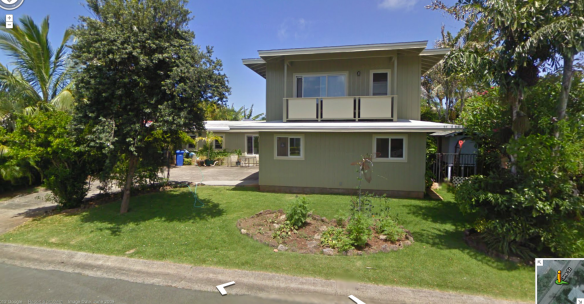 After the first “cleanup” it looked like this (below).  Believe it or not all the shrubs next to the driveway were just the trees that we cut way back.  And the other shrubs in front of the house were mostly herbs like my rosemary that ran wild!  We also took off the vines on the brick (too risky for termites) and took out two trees that were, to be blunt, quite ugly and full of sticky, poisonous sap that dripped constantly.

Finally by this summer we had saved up enough to do some major work on the yard.  Most of the money went to the backyard where we put in a lot of Areca Palms. (More on those later!)  But in the front I had wanted to give it some more curb appeal.

So now, after we took out the bushes by the driveway to make more room to move our car in and out (after hitting them numerous times with the front bumper), filling in the kidney bean with sod, and picking out new plants with lots of color… it looks like this:

Here are some close-ups of the front right side.

Before (with chain link fence too!)

After the new fence, sod, and my dad’s landscaping:

And a close up of the flowers in the very front: 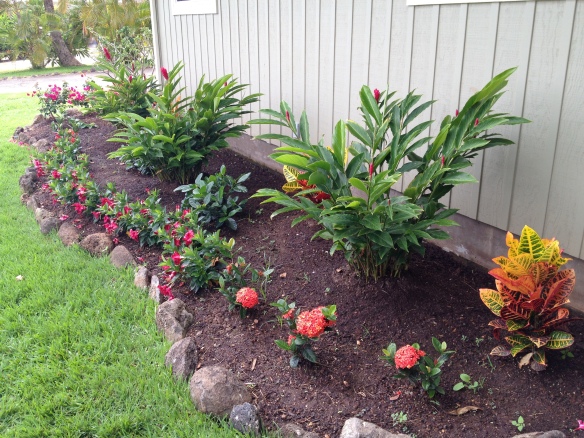 And now it’s been 4 months and the flowers have grown in a TON: 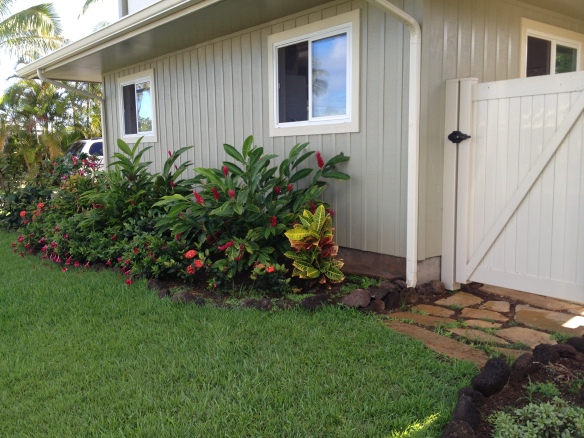 A HUGE MAHALO to my father who worked tirelessly (and for FREE!) to make my yard so much prettier.

My neighbors say Mahalo too 🙂